The eye is an elegant organ which essentially focuses light to form an image and then transforms that image into nerve impulses which are then transferred to the brain. In simple terms the eye functions like a camera to achieve this. 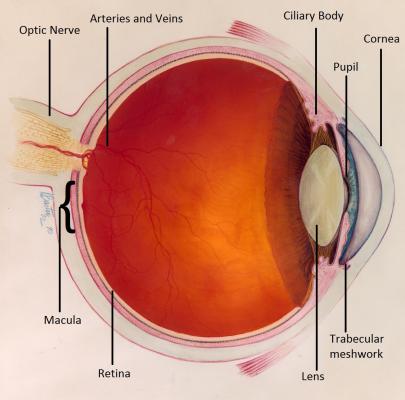 At the front of the eye is a clear window called the cornea. Behind this is an adjustable aperture called the pupil and behind that is the lens. Together, these three structures act like the compound lens of a camera, to focus light into an image and project it onto the back of the eye.

In the back of the eye are the retina and the optic nerve. The retina essentially acts like the film in a camera. It converts the image into nerve signals which are then transferred via the optic nerve like an electrical cable, to the brain. 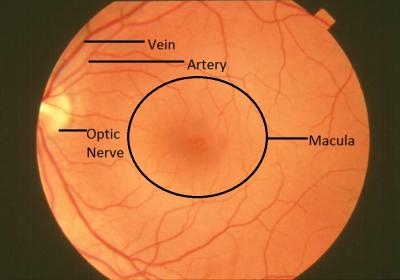 Back of the Eye: courtesy of National Eye Institute, National Institutes of Health

The retina is supplied with oxygen from arteries which enter through the middle of optic nerve. Then carbon dioxide and other waste materials are conveyed out of the eye by the veins which leave through the middle of the optic nerve. The centre of retina is called the macula; it is the area which is the most sensitive and sees in the greatest detail and thus is the most important area for vision. 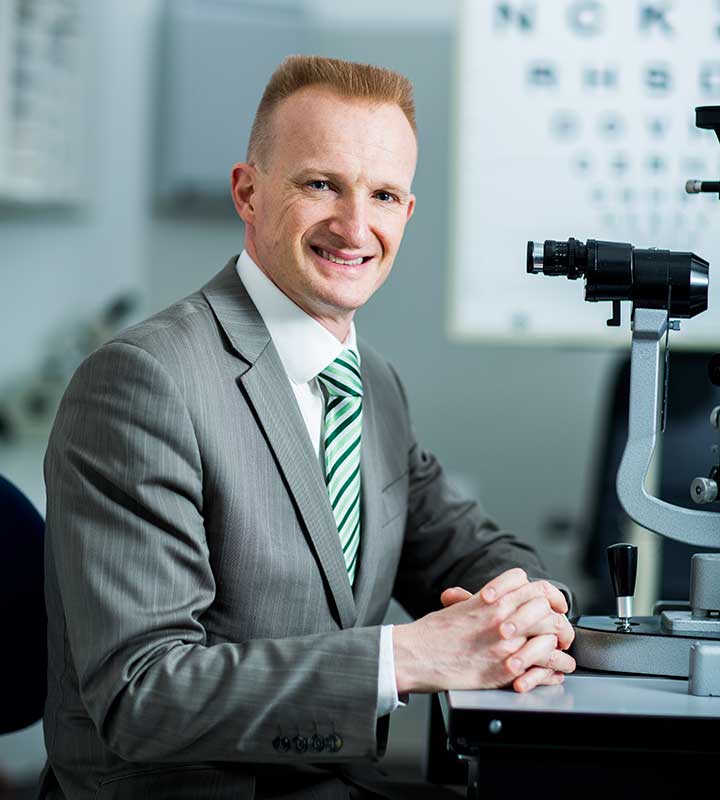